COOKEVILLE – A joint investigation by Special Agents with the Tennessee Bureau of Investigation, the Meigs County Sheriff’s Department, and the 9th Judicial District Attorney General’s Office, has resulted in the arrest of a Decatur man on a homicide charge.

At the request of 9th District Attorney General Russell Johnson, on December 15th, TBI Agents joined Meigs County deputies in investigating the death of Michael Lee Joyner (DOB 03/24/1978) at his Warren Lane home in Decatur. An autopsy determined that the victim died as the result of a stab wound. During the course of the investigation, Agents developed information that identified Randall Burnette, an acquaintance of the victim, as the individual responsible for Mr. Joyner’s death.

On Tuesday, law enforcement officers charged Randall Dewey Burnette, Jr. (DOB 01/31/1977) with one count of Second Degree Murder. He was booked into the Meigs County Jail on a $5,000,000 bond. 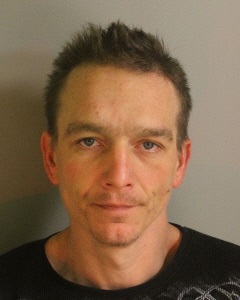