JACKSON – A joint investigation by Special Agents with the Tennessee Bureau of Investigation and deputies with the Carroll County Sheriff’s Office has resulted in a Yuma man being returned to jail, after a judge determined he violated the conditions of his bond.

At the request of 24th District Attorney General Matthew Stowe, on July 6th, TBI Agents joined deputies in investigating the apparent shooting death of 64-year old Ben Cole Birdwell. During the course of the investigation, Agents developed information that Birdwell’s neighbor, David Herbert Anderson (DOB 11/17/1958), was the individual responsible for the death. Anderson was arrested on July 7th and charged with 2nd Degree Murder and Tampering with Evidence. On August 15th, Anderson posted a $150,000 bond, with an order not to be in possession of firearms while on bond. Over the weekend, Agents received information that Anderson had purchased ammunition from a Lexington store.

On Sunday, TBI Agents, Carroll County deputies and Tennessee State Troopers executed a search warrant at Anderson’s Yuma home. After Agents discovered a loaded shotgun and firearm ammunition, a judge ordered Anderson to be taken into custody for violating conditions of his bond. He is currently being held without bond in the Carroll County Jail. 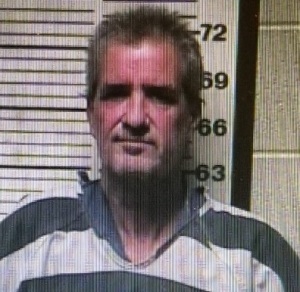