NASHVILLE – The Tennessee Bureau of Investigation has a new addition to its ‘Top Ten Most Wanted’ list: Gerald Eugene Dolberry.

Dolberry (DOB 8-6-87) is wanted by the Paris Police Department and TBI two face two counts of Criminal Attempt to Commit First Degree Murder. He should be considered armed and dangerous.

Dolberry is an African-American man, who stands 5’7” and weighs approximately 156 pounds. He has brown hair and brown eyes. Anyone with information about Dolberry’s whereabouts should contact the TBI at 1-800-TBI-FIND. There is a reward of up to $2,500 for information leading to his arrest. 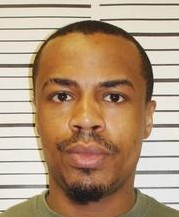