KNOXVILLE – The Tennessee Bureau of Investigation has a new addition to the state’s Top 10 Most Wanted list, Daniel Christopher Peters.

Peters is wanted by the Bean Station Police Department and the Tennessee Bureau of Investigation to face a charge of First Degree Murder in connection to a homicide that occurred on June 2nd in Grainger County.

Peters is a 35-year-old white male with brown hair and brown eyes. He stands 5’10” and weighs approximately 180 pounds. He has tattoos on both arms as well as his chest. Anyone with information on the whereabouts of Daniel Peters is urged to call the TBI at 1-800-TBI-FIND (1-800-824-3463). There is a reward of up to $2,500 being offered for information leading to his arrest. 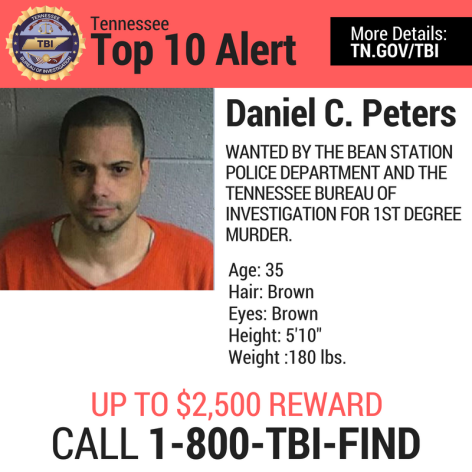 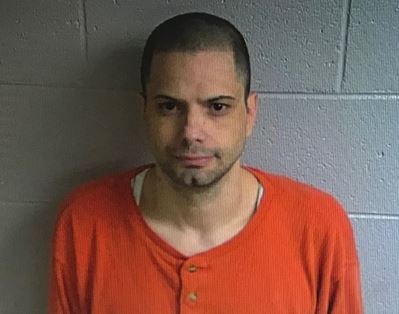