KNOXVILLE – A man who was added to the TBI’s Top 10 Most Wanted list on Monday is now in custody after being captured in Grainger County.

Peters was wanted by the Bean Station Police Department and the Tennessee Bureau of Investigation to face a charge of First Degree Murder in connection to a homicide that occurred on June 2nd in Grainger County.

Tuesday evening, officers with the Bean Station Police Department located Peters hiding inside a relative’s home on Ned Clark Road. He was taken into custody without incident and transported to the Grainger County Jail. 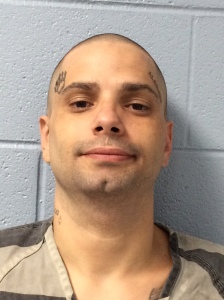