CAMPBELL COUNTY – An investigation by Special Agents with the Tennessee Bureau of Investigation has resulted in a grand jury finding implicating a convicted felon in a more than 30-year old cold case.

On January 1, 1985, TBI Special Agents were requested to investigate the homicide of a female whose bound body was found along Interstate 75 in Campbell County. Autopsy results revealed the victim had been strangled and likely died several days prior to her body being discovered.  Investigators were unable to determine the identity of the victim and she was listed as a Jane Doe. All leads were exhausted, and the case remained unsolved.

However, in November 2016, TBI Special Agent Brandon Elkins, who has been investigating the case for more than a decade, resubmitted the victim’s clothing, along with the blanket that was wrapped around her body, to the TBI Crime Lab for testing. When the items were analyzed, semen was detected. A DNA profile was then entered into the Combined DNA Index System (CODIS), resulting in a match.  The profile matched that of Jerry Leon Johns (DOB 11/16/48).

In August 2018, another significant development occurred in the investigation. Agents were made aware of a blog that focused on missing persons cases. One of the individuals listed on the website was Tina Marie McKenney Farmer (DOB 03/07/63), who was reportedly missing from Indiana. Ms. Farmer matched the description of the unidentified female found in Campbell County. TBI Intelligence Analyst Amy Emberton was able to track down a fingerprint card on Farmer from the early 80s. Those fingerprints were compared against the postmortem prints of the Campbell County Jane Doe, resulting in a positive identification.

During the course of the investigation, Agents learned that two months after Ms. Farmer’s body was located in Campbell County, Jerry Johns picked up a woman in Knox County and proceeded to strangle and bind her before dumping her body along Interstate 40. The woman resembled Tina Farmer, and the circumstances in both cases were strikingly similar. The victim in that case miraculously survived, and her statement led to the arrest of Jerry Johns on numerous charges, including aggravated kidnapping and assault. He was convicted on those charges in 1987. Johns died in December 2015 while in custody, before new leads were developed in the Tina Farmer case.

On Wednesday, after hearing the evidence and facts collected as part of the investigation into the murder of Tina Farmer, the Campbell County Grand Jury found that if Jerry Johns were alive today, he would be indicted on a charge of First Degree Murder.

“While I am extremely disappointed that this case has not ended in the prosecution of Jerry Johns, I am pleased that this investigation has answered questions for Ms. Farmer’s family that heretofore had gone unanswered for over thirty-four years,” said District Attorney General Jared Effler.

“We hope this will help provide long-sought answers for Tina Farmer’s family,” said TBI Director David Rausch.  “We also want this case to provide hope for other families in our state who are still waiting for answers. Our team will never give up on unsolved cases like this one as long as there are viable leads to follow.” 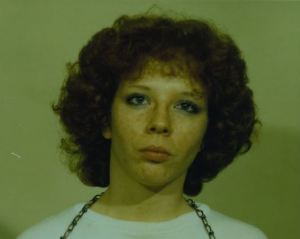