SMITH COUNTY – An investigation by Special Agents with the Tennessee Bureau of Investigation and several other law enforcement agencies has resulted in the arrest of three men in connection to a South Carthage murder in April.

At the request of 15th District Attorney General Tommy Thompson, on April 23rd, TBI Agents joined investigators with the South Carthage Police Department, Smith County Sheriff’s Department, and Robertson County Sheriff’s Office in investigating the murder of Jason Taylor Neusse (DOB 08/12/1975). The victim’s body was discovered in an old warehouse on Hunter Avenue, where he had been living. During the course of the investigation, Agents developed information that identified Kenneth McDonald and Jeffery Kolb as individuals responsible for the death of Mr. Neusse, and James Burns as an accessory after the fact.

On May 31st, the Smith County Grand Jury returned indictments charging Kenneth Shane McDonald (DOB 02/18/1973), below left, and Jeffrey Ivan Kolb (DOB 05/02/1972), middle, each with one count of First Degree Murder Premeditated, and James Michael Burns (DOB 04/20/1975), below right, with one count of Accessory After the Fact to First Degree Murder. On Monday, McDonald and Burns were arrested and booked into the Smith County Jail. Kolb was taken into custody Tuesday morning. McDonald and Kolb are currently being held without bond until their initial court appearance. Bond for Burns was set at $40,000. 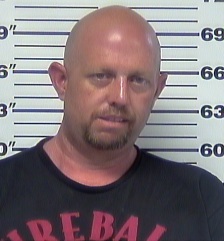