COOKEVILLE – A joint investigation has led to an arrest in connection to a fire that occurred at a Manchester hotel.

On Thursday, TBI Special Agents joined Tennessee Fire Investigative Services and the Manchester Fire Department in investigating a fire that occurred at Econo Lodge Inn and Suites located along Hillsboro Avenue. During the course of the investigation, authorities determined the fire had been intentionally set and that Edward McKinley Childers (DOB 9/21/83) was the individual responsible.

This afternoon, Childers was arrested and charged with one count of Aggravated Arson and one count of Vandalism. He was subsequently booked into the Coffee County Jail on a $51,000 bond. 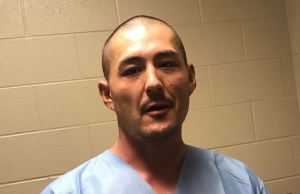