NASHVILLE – The Tennessee Bureau of Investigation has a new addition to its ‘Top 10 Most Wanted’ list: Tad Cummins, of Columbia.

Cummins (DOB 7-1-66) is wanted by the Maury County Sheriff’s Department and the Tennessee Bureau of Investigation to face charges of Aggravated Kidnapping and Sexual Contact with a Minor. On March 13th, Cummins kidnapped 15-year-old Elizabeth Thomas. It is believed the young girl, a student at the school at which Cummins taught until being fired this week, is in imminent danger. Cummins is believed to be armed with two handguns and should be considered dangerous. He is possibly driving a 2015 silver Nissan Rogue, with Tennessee tag 976-ZPT.

Cummins is a white man, who stand 6’00” and weighs approximately 200 pounds. He has brown hair and brown eyes. Anyone with general information about their whereabouts should contact 1-800-TBI-FIND. There is a $1,000 reward for information leading to his arrest. If anyone sees the vehicle and plate mentioned above, call 911 immediately.

Additional information about the AMBER Alert can be found online: http://tn.gov/tbi/topic/active-amber-alerts. 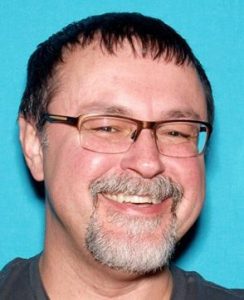