JACKSON – An investigation by Special Agents with the Tennessee Bureau of Investigation and investigators with the State Comptroller of the Treasury has resulted in the indictment of a former Chief Deputy of the Wayne County Sheriff’s Office.

At the request of 22nd District Attorney General Brent Cooper, in January 2015, TBI Special Agents and investigators with the Comptroller’s office began investigating allegations of fraud against Gerald Baer. At that time, Baer was the Chief Deputy with the Wayne County Sheriff’s Office. During the course of the investigation, Agents developed information that Baer used the county gas card for personal use, in addition to using money from the department’s drug fund. An audit by the Comptroller’s office revealed that between July 2008 through November 2013, Baer misappropriated approximately $7,700. Baer left the Sheriff’s Office in May 2016.

On Thursday, the Wayne County Grand Jury returned indictments charging Baer, 62, with two counts of Theft over $1,000, 111 counts of Forgery and one count of Official Misconduct. Today, Baer turned himself in to TBI Agents and was booked at the Wayne County Criminal Justice Complex. He was released after posting a $75,000 bond. 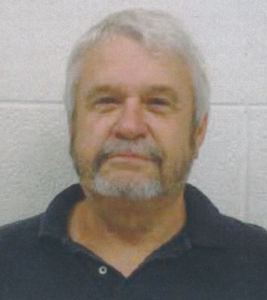