JACKSON – Special Agents from the Tennessee Bureau of Investigation have obtained an indictment for a McKenzie man accused of attempting to solicit sexual contact with a teenage female.

At the request of 24th District Attorney General Matthew Stowe, TBI Agents began investigating David Rorer on June 3rd. During the course of the investigation, with the assistance of the Department of Children’s Services, Agents developed information Rorer made inappropriate statements to an underage female in an attempt to initiate a sexual relationship with her. Rorer is no longer employed by the Tennessee Highway Patrol.

On Tuesday, the Carroll County Grand Jury returned an indictment for the 45-year-old, charging him with one count of Solicitation of Statutory Rape. Authorities subsequently booked him into the Carroll County Jail on $1,000 bond. 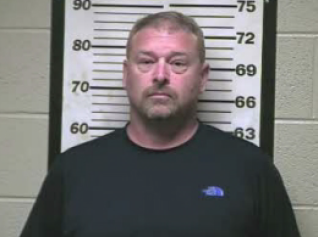