CHATTANOOGA – Special Agents from the Tennessee Bureau of Investigation have obtained indictments for a Rhea County man accused of benefitting from a forged will following the death of his uncle.

At the request of 12th District Attorney General Michael Taylor, TBI Special Agents began investigating the circumstances surrounding the Estate of Jeffery P. Morgan. During the course of the investigation, Agents developed information that Mark Lynn Blaylock, the nephew of the deceased, knew a will filed in connection to the estate, which benefitted him financially, was a forged document and misled investigators during the course of the investigation about the document’s authenticity.

On Monday, the Rhea County Grand Jury returned indictments, charging the 42-year-old Dayton man with one count of Forgery, three counts of Perjury and one count of Passing of a Forged Document. Blaylock subsequently turned himself into the Rhea County Jail, from which he was released after posting $5,000 bond. 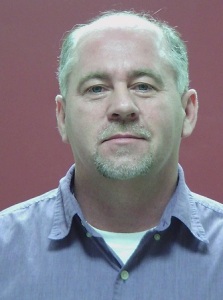