NASHVILLE – The Tennessee Bureau of Investigation has a new addition to the state’s Top 10 Most Wanted List: Daniel Lee Henry of Jonesborough, TN.

Henry is wanted by the TBI and the Washington County Sheriff’s Office to face murder charges in connection to a triple homicide. Earlier today, Washington County deputies responded to a home in Jonesborough, after receiving a call from an individual in California stating Henry had killed his family. Upon arrival, officers found three deceased adults inside the home. Henry lived at the residence in the 100 block of Skyline Road, but was not found. Information has led investigators to believe Henry has fled the state of Tennessee, possibly for California.

Henry is a white male who stands 5 feet 11 inches tall and weighs approximately 190 pounds. He has brown hair and hazel eyes. Henry should be considered armed and dangerous and, if seen, should not be approached. Anyone with information about Henry’s whereabouts should contact the TBI at 1-800-TBI-FIND or the Washington County Sheriff’s Office at (423) 788-1414. There is a $1,000 reward for information leading to his capture. 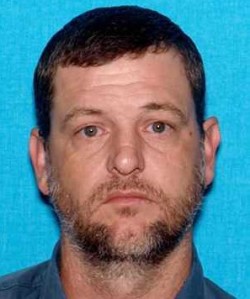