JACKSON, Tenn. – The Tennessee Bureau of Investigation has arrested and charged one subject in connection to a murder in Humboldt that occurred earlier this week while a search is still underway for the shooter who is currently on the state’s Top Ten Most Wanted fugitive list.

Cameron Michael Bufford (top photo), 33, of Humboldt, was arrested and charged yesterday with one count of aggravated assault. On December 1, 2013 at approximately 9:15 p.m., 20-year-old Titus Middlebrook, of Milan, was shot to death in the front seat of a blue Dodge Avenger. Middlebrook was discovered after the car he was in struck a house at the corner of 5th and Craddock Street. The TBI and Humboldt Police Department developed two persons of interest, Bufford, and 27-year-old Albert Jones Smith, Jr. (bottom photo), of Humboldt. Investigators believe Buford attempted to drag Middlebrook from his vehicle while Smith was holding Middlebrook at gunpoint at 121 Craddock Street before the shooting occurred. A first degree murder warrant has been issued for Smith’s arrest for shooting and killing Middlebrook.

Smith remains on the state’s Top Ten Most Wanted list with a $1,000 reward being offered for information leading to his whereabouts and arrest. He is considered armed and dangerous and should be approached with caution. Anyone with information on the whereabouts of Albert Jones Smith, Jr. is urged to call TBI at 1-800-TBI-FIND (1-800-824-3463) or the Humboldt Police Department at 731-784-1322. 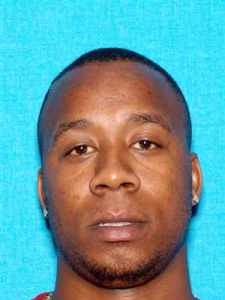 View all posts by TBIMedia