At the request of the office of the 24th District Attorney General, this morning, TBI Agents responded to a stabbing outside of a home in the 29500 block of Broad Street in Bruceton.  Around 3:00 a.m., Carroll County deputies responded to a 911 call at that location.  When law enforcement arrived at the scene, they found a male victim with a stab wound.  He was transported to a medical facility for treatment.

During the course of the investigation, Agents developed information that identified Cameron Young (DOB: 7/10/91) as the individual responsible.  Young was quickly located by Henry County deputies at his home in the 1400 block of Hwy 641 South in Paris and was taken into custody.  He was booked into the Carroll County Jail on charges of Aggravated Assault and Tampering with Evidence.  His bond is set at $20,000. 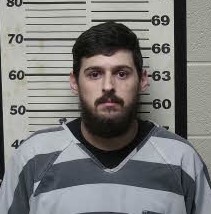