At the request of 18th District Attorney General Ray Whitley, TBI Agents are investigating the circumstances of an officer-involved shooting in Hendersonville early Thursday morning. 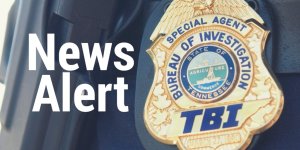 Preliminary information indicates the incident occurred at approximately 2:00 at a home in the 100 block of North Malayan Drive, where two officers from the Hendersonville Police Department responded to a report of a domestic disturbance between a husband and wife. Shortly after they arrived, officers encountered the husband, identified as James David Hochstetler (DOB 6-1-78), who was reportedly intoxicated and combative with officers. For reasons still under investigation, the situation escalated and at least one officer fired his service weapon, striking Hochstetler, who was subsequently transported to the hospital for treatment of injuries not immediately believed to be life-threatening. No law enforcement officers were hurt in the incident.

Agents continue to gather relevant evidence and interviews and, throughout the process, will share investigative findings with the District Attorney General for his further review and consideration. The TBI does not identify the law enforcement officers involved in incidents of this nature.

Any further updates on this investigation will be posted online at TBINewsroom.com.