Selmer Man Charged with Theft and Tampering with Evidence

SELMER – An investigation by Special Agents with the Tennessee Bureau of Investigation Criminal Investigation Division has resulted in the arrest of a Selmer man on charges of theft and tampering with evidence.

On December 11th, 25th District Attorney General Mark Davidson requested the TBI investigate the theft of a cell phone held as seized property by the Selmer Police Department.  During the course of the investigation, it was determined Chief Neal Burks was suspected of taking the cell phone.  Tuesday, Agents executed a search warrant at Chief Burks’ home in Selmer and located the phone inside Chief Burks’ son, Michael Burks’, bedroom closet.

It was also determined while TBI Agents were at the home; Michael Burks (DOB: 8/2/80) obtained property belonging to an Agent and later made it known to law enforcement that he would not return it.  On Wednesday, officers with the Selmer Police Department conducted a traffic stop on Michael Burks and recovered the property.

Michael Burks was arrested on one count of Theft of Property and two counts of Tampering with Evidence.  He was booked into the McNairy County Jail with a $1,500 bond. 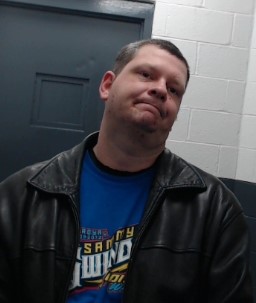