On July 7th, at the request of 25th District Attorney General Mark Davidson, TBI Agents joined the Fayette County Sheriff’s Office, Mason Police Department and Tipton County Sheriff’s Office in investigating the incidents.  The investigation revealed Ramone Perry and another individual were involved in a fight in the 1200 block of Wagon Wheel Drive in Somerville during a street race in the area, on the evening of July 6th.  After the fight, witnesses allege that Perry brandished a weapon and threatened to kill the other individual.  A short time later, the investigation showed a related drive-by shooting occurred at a home and business in Fayette County.  No one was injured.  A second drive-by shooting occurred in the early morning hours of July 7th.  In the second incident, a home was struck by gunfire but no individuals were injured.  Perry (DOB: 1/19/83) was arrested by Special Agents and booked into the Fayette County Jail on a count of Aggravated Assault with a $25,000 bond.

This remains an active and ongoing investigation.  Additional arrests are expected. 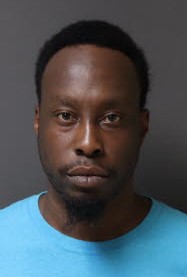