CHATTANOOGA – An investigation by Special Agents with the Tennessee Bureau of Investigation, the Polk County Sheriff’s Department, the 10th District Attorney General’s Office and the Hamilton County Sheriff’s Office has resulted in a second arrest in connection to an October 2018 murder.

At the request of 10th District Attorney General Steve Crump, on October 29, 2018, TBI Agents joined investigators from Polk County and the District Attorney’s Office in investigating skeletal remains that were found by hunters on Benton Mountain in the Reliance community. The remains were ultimately identified as those of Jacob Dakota Moore (DOB 07/16/1992), of Apison. During the course of the investigation, and with the assistance of the Hamilton County Sheriff’s Office, Agents developed information that identified James David Robinson as one of the individuals responsible for the death of Jacob Moore.

Another individual, Askia Witherow (DOB 04/14/1979), was previously arrested as part of this ongoing investigation. Details on that arrest can be found on the TBI Newsroom blog: https://tbinewsroom.com/2019/01/18/hamilton-county-man-charged-in-2018-murder/ 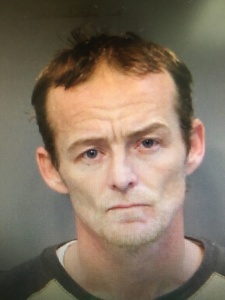