NASHVILLE – An investigation by Special Agents with the Tennessee Bureau of Investigation, the South Carolina Law Enforcement Division, the Metropolitan Nashville Police Department, and the Aiken County Sheriff’s Office (South Carolina) has resulted in the arrest of a fugitive wanted out of South Carolina.

On January 4th, the South Carolina Law Enforcement Division contacted TBI about a fugitive from South Carolina who was believed to be in Nashville. Divine Chavious was wanted out of Aiken, SC, after he escaped while handcuffed from the Sheriff’s Office there on June 1, 2018. Chavious had active warrants for Unlawful Carry of a Pistol, Flight to Avoid, Simple Larceny, and Possession of Marijuana.  Based upon information received during the course of the investigation, TBI Agents and officers with the Metro Nashville Police Department SWAT team executed a search warrant Monday at an apartment on Creekwood Drive. Officers found Chavious hiding in a closet of the residence, holding a firearm.

Monday night, Divine Valencia Vanchencit Chavious (DOB 06/06/1992) was arrested and charged with one count of Felon in Possession of a Handgun and Warrant of Arrest for Crime in another State. He was booked into the Davidson County Jail, where he is being held on a $250,000 bond while awaiting transport back to South Carolina. 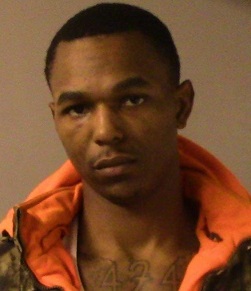