In November, law enforcement officers began investigating a series of overdoses that took place in Murfreesboro involving fentanyl-laced heroin. During the course of the investigation, Agents and officers developed information that identified the source of the supply of heroin and methamphetamine for a distribution organization in Middle Tennessee. The investigation revealed that the heroin had been laced with fentanyl prior to being transported to Tennessee. On Monday, law enforcement officers executed search warrants at two locations in Murfreesboro as part of this investigation. 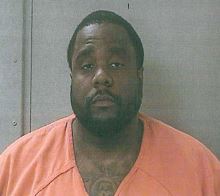