On Friday, TBI Special Agents began investigating a series of threats posted on social media by Jonathan Edward White. During the course of the investigation, agents determined that White may be in possession of an explosive device.  On Friday evening, White met with agents working in an undercover capacity and provided them with a pipe bomb. Special Operations personnel from the Tennessee Highway Patrol responded and rendered the explosive device safe.

Jonathan White (DOB 7/10/78) was arrested without incident and charged with one count of Possession of a Prohibited Weapon. He was booked into the Hardin County Jail on a $500,000 bond. 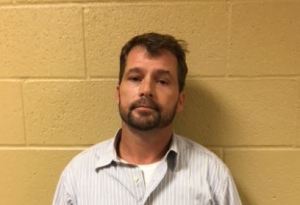