NASHVILLE – The Tennessee Bureau of Investigation has a new addition to its ‘Top 10 Most Wanted’ list: Joseph Ray Perkins, of Vance, Alabama.

Perkins is wanted by the Williamson County Sheriff’s Office, the Tennessee Highway Patrol, and the Tennessee Bureau of Investigation to face charges including Reckless Endangerment with a Deadly Weapon, Felony Escape, Evading Arrest with a Motor Vehicle, and Theft over $10,000. Perkins was taken into custody on Thursday night, but after transport to the Williamson County Jail, escaped from law enforcement custody. When last seen, Perkins was wearing handcuffs, along with a white shirt, silver shorts, and no shoes. Perkins has previously had access to firearms and should be considered dangerous.

Perkins is a white man, who stands 6’2” and weighs approximately 170 pounds. He has brown hair and brown eyes. Anyone with information about his whereabouts should contact the TBI at 1-800-TBI-FIND. There is a reward of up to $2,500 for information leading to his arrest. 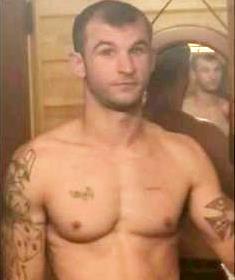