On April 5, 2018, at the request of 25th District Attorney General Mark Davidson, TBI began a joint investigation into the March 20th armed robbery of El Ranchito restaurant in Bolivar, TN that resulted in the homicide of 19 year-old Michael Ruiz.

During the course of this investigation, investigators obtained information regarding a nexus to several other armed robberies occurring in Hardeman County during the time period of December 9, 2017 through March 30, 2018.

To date, as a result of this ongoing investigation, 11 individuals including seven adults and four juveniles have been arrested in connection with the following armed robberies:

Excluding the four juveniles, all individuals arrested with their respective charges and bond amounts are listed below: 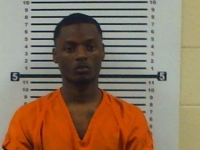 Updated details and photographs of the arrested subjects will be posted online at http://www.tbinewsroom.com.