JOHNSON CITY – An investigation by Special Agents with the Tennessee Bureau of Investigation has led to the indictment of a Sullivan County man on aggravated assault charges.

In November, at the request of 2nd District Attorney General Barry Staubus, TBI Special Agents began investigating a shooting that occurred at a home on Beck Road in Piney Flats in which Michael Bennett (DOB 12-9-63) was shot by his wife. During the course of the investigation, Agents developed information that, prior to the shooting, Bennett threatened his wife with a gun and assaulted her. Further investigation revealed that Bennett broke his wife’s phone to prevent her from contacting authorities. During the assault, the victim grabbed a handgun and shot Bennett. She then ran to a neighbor’s home for help.

On Wednesday, the Sullivan County Grand Jury returned indictments charging Bennett with two counts of Aggravated Domestic Assault and one count of Hindering a 911 Call. Today, he turned himself in and was booked into the Sullivan County Jail on a $15,000 bond. 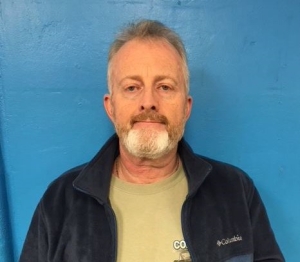