NASHVILLE – A fugitive who was added to the Tennessee Bureau of Investigation’s Top 10 Most Wanted list earlier this week is now in custody after being captured in Marion County Friday morning.

Dewayne Lee Halfacre was taken into custody after Agents developed information that he was in a building in the 2000 block of Highway 283 in Whitwell. He was arrested without incident after surrendering to Agents.

Halfacre was wanted by the Rutherford County Sheriff’s Office and the Tennessee Bureau of Investigation for aggravated robbery, aggravated assault, possession of a weapon by a convicted felon, possession of a firearm during a dangerous felony, false imprisonment and theft. Halfacre was wanted for robbing two clerks in a store in Almaville on January 19th.  He also had outstanding warrants for burglary and vandalism out of Marion County, probation violation out of Moore County, driving on a revoked license, leaving the scene of an accident and reckless driving, as well as armed robbery and aggravated assault out of Georgia.

He is being held in the Marion County jail. A booking photo is not currently available. 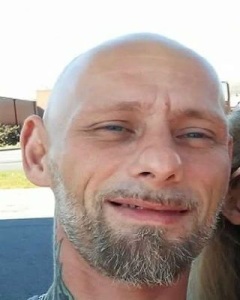