NASHVILLE – An investigation by Special Agents with the Tennessee Bureau of Investigation has resulted in the indictment of three men who had escaped from the Macon County Jail last month, as well as two women who are charged in connection with the incident.

At the request of 15th District Attorney General Tom Thompson, on November 8th, TBI Agents joined investigators with the Macon County Sheriff’s Office and the U.S. Marshals Task Force in investigating the escape of Dylan Ferguson, Matthew White and Jeffery Strong from the Macon County Jail. On November 9th, Dylan Ferguson surrendered to officers and was taken into custody in Trousdale County. That same day, Agents developed information that led to the arrest of Matthew White’s wife Sky White, who had active warrants out of Macon County, at a hotel in Bowling Green, Kentucky. Matthew White was taken into custody in Bowling Green the night of November 9th. The final fugitive, Jeffery Strong, was arrested the night of November 10th in Macon County. The investigation further revealed that Tabitha Swaffer was responsible for serving as an accessory to Sky and Matthew White after the escape.

Ferguson is currently being held in Riverbend; the other four are in custody in the Macon County Jail. 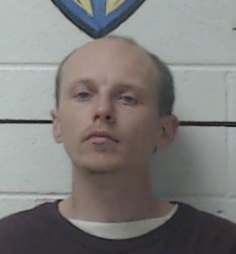