KNOXVILLE – An investigation by Special Agents with the Tennessee Bureau of Investigation has resulted in the indictment of a Maryville man accused of threatening the life of a judge.

On August 8th, at the request of 4th District Attorney General James Dunn, TBI Special Agents began investigating threats made against a Grainger County judge. The investigation revealed that Drew Anthony Abbott (DOB 6/1/81) sent a letter to the judge threatening to kill him.

On Wednesday, the Grainger County Grand Jury returned an indictment charging Abbott with one count of Harassment. This afternoon, Abbott was served in the Hamblen County Jail, where he was already being held on unrelated charges. 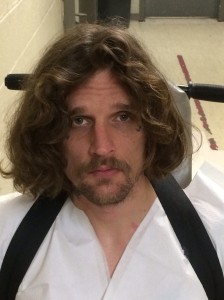