The Tennessee Bureau of Investigation remains extremely concerned for the well-being of Elizabeth Thomas, the victim in an ongoing AMBER Alerts in Tennessee and Alabama. Though the TBI cannot discuss specifics at this time, investigative efforts have revealed a troubling pattern of behavior by Tad Cummins, suggesting the 50-year-old may have been abusing his role as a teacher to groom this vulnerable young girl for some time in an effort to lure and potentially sexually exploit her.

Thomas is a 15-year-old white female, with blonde hair, hazel eyes, stands 5’5” and weighs 120 pounds. She was last seen wearing a flannel shirt and black leggings. Thomas is believed to be in the custody of 50-year-old Tad Cummins, a white male, who stands 6’0”, weighs approximately 200 pounds, and has brown hair and eyes. He is believe to be armed with two handguns and driving a silver Nissan Rogue with Tennessee tag 976-ZPT. A warrant has been issued for Cummins for Sexual Contact with a Minor.

Since issuing the AMBER Alert at approximately 6:00 CST Tuesday, the TBI has received approximately 120 leads. None has produced any credible sightings about the whereabouts of either individual. Because of the shockingly low number of tips, the TBI has concluded the individuals are likely out of the view of the general public or outside the original net cast across the southeast to notify the public about their disappearance. Having last been seen on Monday morning, the individuals could, frankly, be anywhere.

Ongoing investigative efforts indicate Thomas was last seen on Monday morning at approximately 8:00 AM at the Shoney’s in Columbia, Tennessee, after being dropped off there by a friend. Her parents reported her as missing later that same day. Investigators can place Thomas in Decatur, Alabama at approximately 3:06 CST on Monday afternoon, though neither individual has a known connection there and may have just been passing through the area.

The TBI has been able to develop the following timeline of the events placing Cummins and Thomas in the same vicinity just prior to their disappearance on Monday:

APPROXIMATELY 7:30-7:45 AM CST: A friend of Elizabeth Thomas dropped Thomas off at the Shoney’s in Columbia, Tennessee.
8:32 AM CST: Surveillance video appears to show Tad Cummins at the nearby Shell station, fueling his Nissan Rogue.
12:41 PM CST: The Maury County Sheriff’s Department entered the child as ‘missing’ in NCIC, the nation’s law enforcement internal communications database.
3:06 PM CST: Information places Thomas in the area of Decatur, Alabama.

On Wednesday, 22nd District Attorney General Brent Cooper confirmed the details of the incident for which Cummins now faces a charge is connected to an alleged interaction between Cummins and Thomas at the school where he taught and where she was a student. The school district suspended Cummins when the allegations surfaced and terminated his employment Tuesday.

As part of its investigative work, the TBI continues to embark on an effort to understand the action of Cummins in the weeks leading up to the AMBER Alert. For example, the TBI has been able to determine Cummins secured a title loan for a personal vehicle and other personal effects several days before his disappearance, netting $4,500 in cash. To that end, the TBI would like to hear from anyone who may have had an interaction with either individual prior to their disappearance.

The TBI would urge the public to remain vigilant and report any information that may prove beneficial in the ongoing search to 1-800-TBI-FIND. If you spot the vehicle and can verify the license plate to be TN 976-ZPT, call 911. 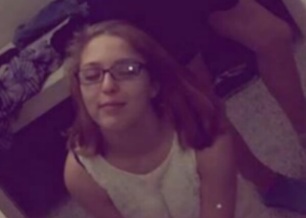