JOHNSON CITY – An investigation by Special Agents with the Tennessee Bureau of Investigation has resulted in the indictment of a Johnson City man in connection with an officer-involved shooting incident that occurred in January.

On January 12th, at the request of 2nd District Attorney General Barry Staubus, TBI Special Agents began investigating the circumstances surrounding an officer-involved shooting that occurred along Interstate 26 in Kingsport. The investigation revealed that two troopers with the Tennessee Highway Patrol initiated a traffic stop after observing a vehicle speeding in the westbound lanes. Shortly after the stop was made, Richard D. Jenny (DOB 9/9/77), a passenger in the vehicle, pulled a weapon on the troopers. The troopers fired shots at Jenny, striking him. Jenny was transported to the hospital, where he received treatment for his injuries.

On Tuesday, the Sullivan County Grand Jury returned indictments charging Jenny with two counts of Aggravated Assault and one count of Unlawful Possession of a Weapon by a Convicted Felon. He was arrested Friday afternoon and booked into the Sullivan County Jail on a $75,000 bond. 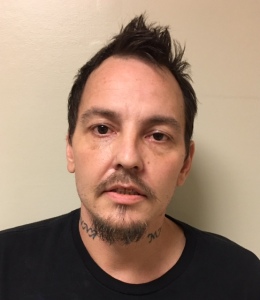