JOHNSON CITY – An investigation by Special Agents with the Tennessee Bureau of Investigation has led to the indictment of a Sneedville man in connection with a marijuana grow operation.

In June 2016, at the request of 3rd District Attorney General Dan Armstrong, TBI Special Agents with the Drug Investigation Division, working alongside the Governor’s Task Force on Marijuana Eradication and the Hancock County Sheriff’s Office, began investigating reports of a marijuana grow operation at a home on Hickory Lane in Sneedville. During the course of the investigation, Agents determined Richard Henry Debski (DOB 2-11-47) was the person responsible for growing the marijuana. Debski was also found to be in possession of a number of weapons, including firearms.

This week, the Hancock County Grand Jury returned indictments charging Debski, 70, with one count of Manufacture of Schedule VI, Possession of a Weapon by a Convicted Felon and Prohibited Weapons. Today, Debski was arrested and booked into the Hancock County Jail on a $10,000 bond. 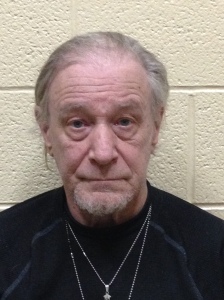