NASHVILLE – An investigation by Special Agents with the Tennessee Bureau of Investigation has resulted in the arrest of a Robertson County School Resource Officer on charges of sexual battery by an authority figure.

At the request of 19th District Attorney General John Carney, TBI Special Agents began investigating Charles Logan Abernathy on November 30th. Abernathy serves as a School Resource Officer at East Robertson High School. During the course of the investigation, Agents developed information that since August 11th, the Cross Plains Police Officer committed sexual battery of a minor victim while on-duty as a police officer and while serving as the minor victim’s School Resource Officer.

On Friday afternoon, Abernathy was arrested in Portland, Tennessee, by TBI Special Agents, with the assistance of deputies with the Robertson County Sheriff’s Office SWAT Team and the Sumner County Sheriff’s Office. He was charged with five counts of Sexual Battery by an Authority Figure and was booked into the Robertson County Jail on a $200,000 bond. 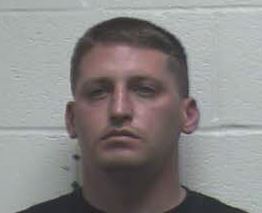