Maynardville Man Arrested on Solicitation Charges out of Warren County

COOKEVILLE – An investigation by Special Agents with the Tennessee Bureau of Investigation has resulted in the arrest of a Maynardville man on charges of solicitation of a minor.

At the request of 31st District Attorney General Lisa Zavogiannis, on December 17, 2015, TBI Special Agents began investigating an allegation of solicitation of a minor in Warren County. During the course of the investigation, Agents developed information that identified Travis Lynn King, formerly of Warren County, as a subject of the investigation. Case work revealed that these incidents occurred between November and December, 2015.

On September 2nd, the Warren County Grand Jury returned indictments charging King, 37, with two counts of Solicitation of a Minor. Today, TBI Special Agents and officers with the Knoxville Police Department located King on Old Callahan Road in Knoxville and arrested him without incident. King was booked at the Knox County Jail on a $50,000 bond, where he is being held for Warren County authorities. 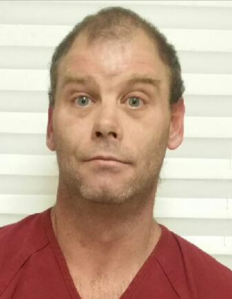