NASHVILLE – Special Agents from the Tennessee Bureau of Investigation have obtained indictments for a Nashville area pastor and his associate, accused of securing state grant money for an addiction treatment program that did not exist.

At the request of 20th District Attorney Glenn Funk, and with the assistance of the Tennessee Comptroller of the Treasury, TBI Agents began investigating Clinton Lewis and Andre Trice on June 15, 2015. During the course of the investigation, Agents developed information that between 2011 and 2015, Lewis, a pastor at Mt. Hopewell Baptist Church, and Trice fraudulently received more than $60,000 in grant money from the Tennessee Department of Mental Health and Substance Abuse Services for an addiction recovery program they operated as part of the Mt. Hopewell Community Development Corporation. The investigation further revealed the clients on the list submitted to the state did not actually receive any program services during the time frame, and in some cases were determined to be deceased or incarcerated. Investigators further determined the subjects listed as active counselors in the program were unaware the program was still in operation.

On June 20th, the Davidson County Grand Jury returned indictments, charging Lewis (LEFT BELOW), 48, of Hermitage, and Trice, 38, of Antioch, with four counts of Theft each. Today, authorities booked both men into the Davidson County Jail on $10,000 bond each. 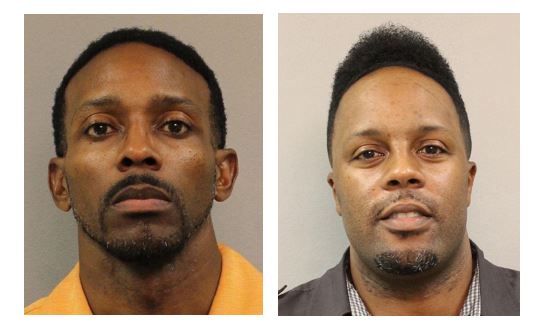