KNOXVILLE – An investigation by Special Agents with the Medicaid Fraud Control Unit of the Tennessee Bureau of Investigation, along with other state and county agencies, has resulted in the arrest of a former caretaker charged with assaulting an autistic patient.

On November 24, 2015, TBI Special Agents were notified by a detective with the Knox County Sheriff’s Office about the possible assault of a resident of a home owned and operated by Autism Breakthrough Corporation of Knoxville. The resident, a 25-year-old male, was non-verbal and required 24-hour care. According to the investigation, Marcellus Shaw served as the overnight caretaker for the victim. On November 24th, the day shift employees came to work and discovered marks and bruises on the victim’s body that had not been there before. He was transported to the hospital for evaluation. During the course of the investigation, Agents, along with investigators with the Department of Intellectual and Developmental Disabilities and Adult Protective Services, developed information that Marcellus Shaw was the individual responsible for the injuries to the victim.

On May 17, the Knox County Grand Jury returned indictments charging Marcellus Shaw, 26, with one count of Physical Abuse or Gross Negligence, one count of Willful Abuse, Neglect or Exploitation and one count of Assault. Shaw, who now lives in Antioch, Tennessee, turned himself in to authorities on Monday morning. He was booked into the Knox County Jail on a $9,000 bond. Shaw is no longer employed by Autism Breakthrough Corporation. 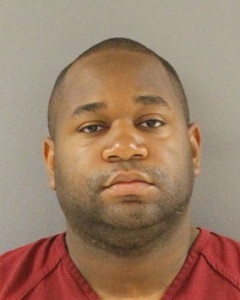