MEMPHIS – An investigation by Special Agents with the Tennessee Bureau of Investigation has resulted in the arrest of a Grand Junction man who is charged with the murder of a Bolivar man Sunday night.

At the request of 25th District Attorney General Mike Dunavant, TBI Agents joined troopers with the Tennessee Highway Patrol and deputies with the Hardeman County Sheriff’s Office in investigating a shooting death that occurred around 9:30 p.m. Sunday on Tippah Street in Grand Junction. The driver of a vehicle flagged down a Tennessee State Trooper at the intersection of Highway 57 and Tippah Street and indicated the passenger in his car, 36-year-old Demetrius Hoyle, had been shot. Officers from the Hardeman County Sheriff’s Office and the Grand Junction Police Department also responded, and found the victim deceased. During the course of the investigation, Agents developed information that Marco Dewayne Jenkins was the individual responsible for the death of Mr. Hoyle. 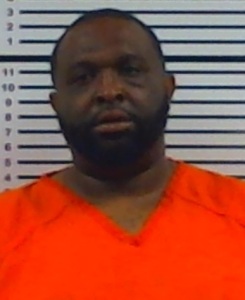