NASHVILLE-The most recent addition to the state’s Top Ten Most Wanted list, Javon Jolarry Spivey of Nashville, was captured today in Gulfport, MS.

Spivey was taken into custody by Deputy U.S. Marshals after the Tennessee Bureau of Investigation received information through tips that Spivey was hiding out with relatives at 1015 Patricia Drive in Gulfport. Working with the Metropolitan Nashville Police Department, TBI relayed tip information to the U.S. Marshals Fugitive Task Force in Nashville, which in turn alerted the Deputy U. S. Marshal in Mississippi of Spivey’s location.

Spivey was wanted by the Metropolitan Nashville Police Department and the Tennessee Bureau of Investigation for the August 30th, 2014 home invasion and shooting death of a 48-year old Antioch man, and the attempted murder of his 70-year old mother. Spivey also has outstanding warrants for two counts of aggravated robbery and one count of especially aggravated kidnapping for an August 28th, 2014 armed robbery at a Mapco on Murfreesboro Pike.

Spivey has been booked into the Harrison County Jail where he will await extradition. 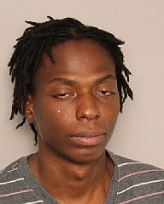