COOKEVILLE – The Tennessee Bureau of Investigation has obtained indictments in the case of a Warren County political hopeful accused of passing a bad check to pay for his campaign signs.

At the request of 31st District Attorney General Lisa Zavogiannis, TBI Special Agents began investigating Kristopher Lynn Gore on May 8th. During the course of the investigation, Agents developed information the McMinnville man, while pursuing a run for State Representative, wrote a worthless check in the amount of $13,500 to a local business to pay for his campaign signs. The investigation further revealed Gore created and forged a bank letter in an attempt to demonstrate the account was in good standing. 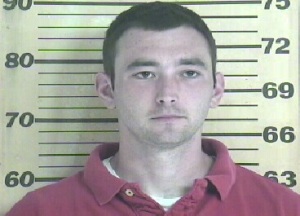