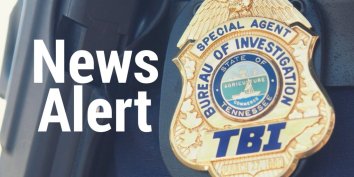 At the request of 12th District Attorney General Michael Taylor, TBI Agents are investigating the circumstances leading to an officer-involved shooting that occurred in Franklin County.

Preliminary information indicates that at approximately 11:15 Friday night, a deputy with the Franklin County Sheriff’s Office and an officer with the Winchester Police Department were involved in a vehicle pursuit with an individual after he allegedly shot into a residence in Franklin County.  During the pursuit, the individual wrecked his vehicle at the intersection of Hwy 130 and Old Estill Springs Road.  As officers approached the man, the situation escalated as he tried to retrieve a weapon resulting in the officers firing shots.  He was struck and fatally wounded.  The deceased individual has been identified as Larry Millraney (DOB: 1/19/81).  No officers were injured during the incident.

This remains an active and ongoing investigation, as TBI Special Agents and Forensic Scientists work to gather any and all relevant interviews and evidence.  As in any case, TBI’s investigative findings will be shared with the District Attorney General throughout the process for his consideration.

The TBI does not identify the officers involved in these types of incidents and instead refers questions of that nature to their respective agency.

Any updates on this investigation will be posted on TBINewsroom.com.