COOKEVILLE – An investigation by Special Agents with the Tennessee Bureau of Investigation, the Cumberland County Sheriff’s Department, the 13th Judicial District Attorney General’s Office, and the Tennessee Highway Patrol has resulted in the arrest of a Crossville man on a murder charge.

At the request of 13th District Attorney General Bryant Dunaway, on January 19th, TBI Agents joined investigators from Cumberland County and the District Attorney’s Office in investigating a shooting that occurred that evening at a home on Cherokee Trail in Crossville. A resident of the home, Linda Damewood (DOB 06/13/1944), died as a result of her injuries. During the course of the investigation, law enforcement officers identified Kirk Clark, an acquaintance of the victim, as the individual responsible for her death.

On Tuesday, Kirk Douglas Clark (DOB 05/08/1983) was arrested and charged with one count of First Degree Murder. Clark was booked into the Cumberland County Jail, and has a $1,500,000 bond. 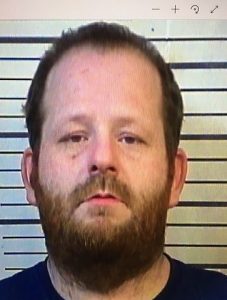