*Updated 6/10/18 to include a 10th individual taken into custody related to this operation.

“With each similar operation we conduct, we want to send the same message; that we will not tolerate the sexual exploitation of any person in our community,” says TBI Acting Director Jason Locke. “This is a demand-driven crime, involving men from all kinds of backgrounds. As a state, Tennessee has led the fight to see to it that no child or adult falls victim to these sexual predators.”

The operation began in Cookeville on February 15th and continued through February 17th. The operational focus was on individuals seeking to engage in commercial sex acts with females under the age of 18, and those engaged in trafficking others for commercial sex acts. For all three days of the operation, advertisements were placed in the “Women Seeking Men” section of backpage.com, and two female TBI Agents posted as individuals offering sex on that site. During the course of the resulting text or phone conversations, the Agents identified themselves as being 14 to 17 years old. A total of ten men, from college students, to a mail carrier, to a landscaping company owner, traveled to the location to meet for the purpose of illicit sex from a female they believed to be a minor.

“As significant as these arrests are, we are only scratching the surface,” says Cookeville Police Chief Randy Evans. “It is incumbent upon us to remain vigilant, and pursue and prosecute human trafficking across the state, as we all continue to battle this heinous crime.”

In the course of the three-day operation, men using 697 unique phone numbers responded to the ads that were posted online, seeking to purchase illicit sex. The total number of contacts, such as text messages and calls, was 5,211. Some of the conversations between these men and undercover Agents continued after they learned they were chatting with someone they believed to be a minor. During the operation, Agents and Intelligence Analysts also gathered information in an effort to identify and recover potential victims of human trafficking.

“I am pleased that this investigation was successful,” says 13th District Attorney General Bryant Dunaway. “At the same time, I find it disturbing and tragic that there is even a need to conduct such an investigation in our community. The District Attorney’s Office and our law enforcement partners will continue to be proactive in the fight to protect child victims and to expose and hold accountable those who prey on them.”

Putnam County Sheriff Eddie Farris agrees. “Human trafficking and exploitation of children and young adults has no place in our community. I want our citizens to know that we take every threat to their safety seriously. Our agency will always work with law enforcement partners to help eliminate human trafficking from occurring.”

This is the 13th time the TBI has worked with partner law enforcement agencies across the state to help identify, investigate and prosecute trafficking. Assistant Special Agent in Charge Robert Hammer, who oversees HSI’s efforts in Tennessee says, “For almost three years now, ICE/HSI has partnered with TBI and agencies across Tennessee to combat this heinous form of modern-day slavery.  Individuals seeking to exploit victims of sex trafficking need to realize that law enforcement across Tennessee is unified and will aggressively investigate and prosecute the perpetrators.  We also stand ready to protect and assist any victims that we are able to rescue as part of these operations.”

On May 8th, the Putnam County Grand Jury returned indictments, charging ten individuals in connection with this operation. At the time of this release, eight of those men had been taken into custody:

Booking photos and updated arrest information will be available online at  https://tbinewsroom.com/.

Jerry Redman is CEO of Second Life Tennessee, a non-profit anti-human trafficking organization for the 25-county region that includes the Upper Cumberland area. “Our organization works regularly to educate communities on what trafficking actually is, and create and strengthen partnerships to ensure that our region is well-equipped to turn the tide on this crime, and most of all, assist those victimized by trafficking so that they can truly live the lives they dream of and deserve.”

For more information on resources, and how to help in the fight against human trafficking, visit https://ithastostop.com/. 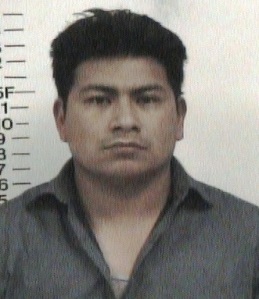 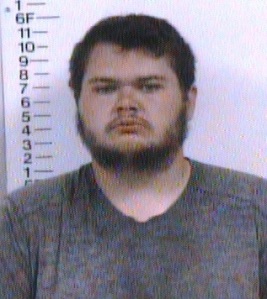