NASHVILLE – An investigation by Special Agents with the Tennessee Bureau of Investigation, the Ardmore Police Department, and Tennessee Fire Investigation Services has resulted in the arrest of a Giles County man on multiple charges, including murder and aggravated arson.

At the request of 22nd District Attorney General Brent Cooper and Ardmore Police, on February 21st, TBI Agents joined investigators with TFIS in investigating a series of arsons in Ardmore. Since January 2018, the Ardmore Police Department had responded to 13 fire scenes. One of those occurred at a residence on Pheasant Run, where the female homeowner was inside. The woman, Paulene Shelton (DOB 09/18/1934), was pulled from the fire and transported to a hospital, where she later died from her injuries. During the course of the investigation, Agents developed information that identified Edwin King as the individual who set nine of the fires, including the fire that killed Paulene Shelton.

On Monday, the Giles County Grand Jury returned indictments charging Edwin Neil King (DOB 04/16/1999) with one count of First Degree Murder, two counts of Aggravated Arson, and four counts of Arson. King was arrested on Thursday and booked into the Giles County Jail on a $20,000 bond. 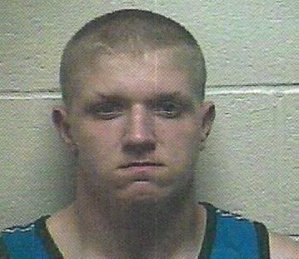