NASHVILLE – A joint investigation by Special Agents with the Tennessee Bureau of Investigation and Agents with Homeland Security Investigations has resulted in the arrest of a Murfreesboro man, who is charged with sexual exploitation of a minor.

On May 20th, TBI Agents received information via a tip from the National Center for Missing and Exploited Children, about images of child pornography that had been uploaded to an online account. During the course of the investigation, Agents were able to determine that the account belonged to Muhammad Ali, of Murfreesboro.

On Wednesday, Agents with TBI and HSI, with the assistance of deputies with the Rutherford County Sheriff’s Office, executed a search warrant of Ali’s home. Afterward, Agents arrested Muhammad Osama Ali (DOB 04/20/1996) and charged him with one count of Sexual Exploitation of a Minor, and one count of Aggravated Sexual Exploitation of a Minor. He was booked into the Rutherford County Jail, where he is being held on a $250,000 bond. 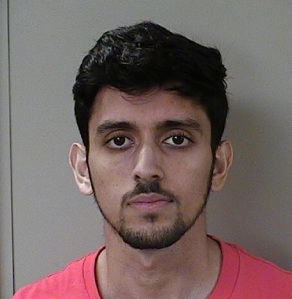