KNOXVILLE – An investigation by Special Agents with the Tennessee Bureau of Investigation has resulted in the indictment of a Helenwood man on aggravated assault charges involving two officers.

On July 18th, at the request of 8th District Attorney General Jared Effler, TBI Special Agents began investigating the circumstances surrounding an officer involved shooting that occurred at 809 Letner Road in Helenwood.  The investigation revealed that deputies with the Scott County Sheriff’s Office were at the home attempting to serve arrest warrants for domestic assault and reckless endangerment on Arthur Earnest Letner. During a search of the residence, deputies encountered Letner, who was armed with a hand tool. An altercation occurred and resulted in one of the deputies firing a shot, striking Letner in the hand.

Today, the Scott County Grand Jury returned indictments charging Letner, 50, with two counts of Aggravated Assault. This afternoon, Letner was served in the Scott County Jail, where he was already being held in connection with a previous incident. He is currently being held on a $100,000 bond. 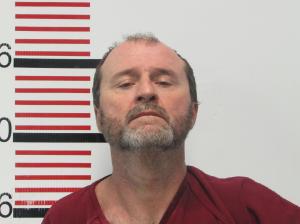