NASHVILLE – Special Agents from the Tennessee Bureau of Investigation have arrested and charged a White County woman accused of kidnapping a three-month-old baby.

On December 23rd, at the request of 13th District Attorney General Bryant Dunaway, TBI Agents joined the investigation into the child’s wellbeing shortly after White County E-911 received a call of a reported kidnapping from a vehicle at a Sparta laundromat. The caller, the child’s mother, reported she left her son in her vehicle while retrieving laundry and discovered the infant was missing when she returned to the vehicle. Less than two hours later, a shopper at the nearby Walmart discovered the child in a shopping cart covered in clothing. The child did not sustain injuries. During the course of the investigation, TBI Agents, working alongside the FBI, THP, the Sparta Police Department, and security personnel from Walmart, developed information which led to Pamala Jean Cox as the individual responsible for the incident.

This morning, authorities arrested the 50-year-old Sparta woman and charged her with one count of Especially Aggravated Kidnapping. She was subsequently booked into the White County Jail, where at the time of this release, she was being held on $200,000 bond. 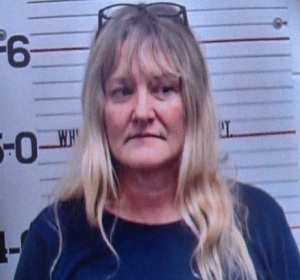