JACKSON – Special Agents from the Tennessee Bureau of Investigation are seeking information in a Chester County cold case death investigation. 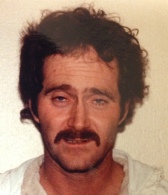 On June 7, 1990, the Chester County Sheriff’s Department responded to a home at 655 North Pisgah Road in Henderson, where investigators found Jerry Lee Connor unresponsive. He later died at a Jackson hospital.

During the course of the investigation, authorities determined Connor’s death was the result of a single pellet from a shotgun blast, which struck Connor in the head during the early morning hours of June 7, 1990, while Connor was outside the residence.

Over the years that followed, TBI Agents, along with investigators from the Chester County Sheriff’s Department conducted an extensive joint investigation. However, the case went cold. The TBI still has an active and ongoing investigation into the death of the 40-year-old, and encourages anyone with information about the incident to contact the TBI at 1-800-TBI-FIND.