COOKEVILLE – A joint investigative effort by the Tennessee Bureau of Investigation, the DeKalb County Sheriff’s Department and the 13th District Attorney General’s Office has resulted in the arrest of a Smithville man charged with the murder of his girlfriend.

At the request of 13th District Attorney General Bryant Dunaway, TBI Special Agents began investigating the death of 28-year-old Ashley Bain that occurred at 3870 Cookeville Highway on February 5th. On that same day, Anthony Tyrone Crews called DeKalb County 911 to report he arrived at the home he shared with Ms. Bain and found his girlfriend unresponsive. During the course of the investigation, TBI Special Agents, working alongside detectives from the DeKalb County Sheriff’s Department and the 13th District Attorney General’s Office, developed information that led them to Crews as the individual responsible for the murder.

Yesterday, Anthony Crews, 42, was arrested and charged with Second Degree Murder in the death of Ashley Bain. Crews was booked into the DeKalb County jail, where he is being held on a $250,000 bond. 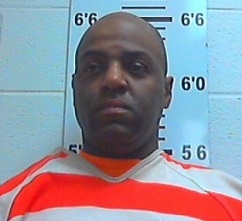