JACKSON – Following a joint investigation with the Tennessee Highway Patrol, the Tennessee Bureau of Investigation has arrested two men in connection to the kidnapping and murder of a Linden woman in what was originally thought to be a case of hit-and-run.

On July 11th, at the request of 26th District Attorney General Jerry Woodall, TBI Special Agents joined THP in the investigation of the death of 25-year-old Brittany Lynn Simpson. On the night of July 10th, THP was dispatched to a possible hit-and-run, involving a pedestrian, on Highway 412 East in Darden. Authorities found Simpson in the left lane with severe injuries. A medical helicopter airlifted her from the scene, but she did not survive.

On Wednesday, investigators developed information which led them to identify Juan Carlos Ramirez, 28, and Luis Galvan Mendoza, 40, as the two men responsible for Simpson’s death. The investigation further revealed both suspects held Simpson against her will and were traveling on Highway 412 when she was either pushed or fell from Ramirez’s vehicle, a Ford F-150 truck.

Today, TBI Agents arrested Ramirez (TOP BELOW) and Mendoza (BOTTOM) and charged both with one count of Especially Aggravated Kidnapping and Felony Murder. At the time of this release, they were being held in the Henderson County Jail without bond. Several additional agencies, including the Henderson County Sheriff’s Office, Decatur County Sheriff’s Department, Lexington Police Department and U.S. Immigration and Custom Enforcement assisted in the joint investigation, which remains ongoing. 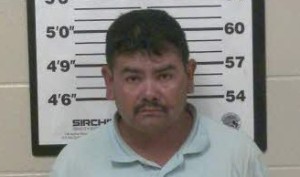