NASHVILLE-The Tennessee Bureau of Investigation has a new addition to the state’s Top Ten Most Wanted list, Stephen Daryl Melton of Henning, TN.

Stephen Daryl Melton is wanted by the Lauderdale County Sheriff’s Department and the Tennessee Bureau of Investigation. Currently, the Lauderdale County Sheriff’s Department has charged Melton with Theft of a Motor Vehicle, Felony Escape, Initiations of Meth Manufacture, Promotions of Meth, Possession of Prohibited Weapon, Felony Possession of a Weapon, Evading Arrest and Felony Vandalism.

On January 11, 2014, Lauderdale County Sheriff deputies were called to Melton’s residence about drug activity. The homeowner and Melton allowed deputies to search the residence. Deputies found numerous weapons as well as components and materials used to manufacture methamphetamine. Melton was placed under arrest and put in the backseat of a Lauderdale County patrol SUV. The deputy was summoned back inside the residence to gather more evidence.  During that time, Melton kicked out a hole in the Plexiglas, crawled into the driver’s seat and stole the deputy’s patrol car. Later in the evening, the patrol car was found crashed into a wooded area on Copper Creek Road near the Wildlife Refuge.

Stephen Daryl Melton, age 58, of Lauderdale County, has a last known address of 1314 Thumb Road in Henning, TN. He is described as a Caucasian male with grey hair and brown eyes. He is approximately 5 foot 11 inches tall and weighs about 160 pounds. He had a large beard, which was shaven into a goatee. Please see the composite drawing.

Melton has a criminal history of aggravated assault, traffic and drug charges. He is considered armed and dangerous. Anyone with information on the whereabouts of Stephen Daryl Melton is urged to call TBI at 1-800-TBI-FIND (1-800-824-3463) or the Lauderdale County Sheriff’s Department at 713-413-7499. There is a $1,000 reward for information leading to his arrest. 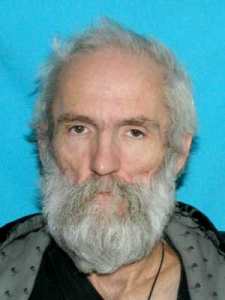 View all posts by illanatate